As a physical chemist with 50 years of research and teaching in materials science applied to the preservation of cultural property, I have served in an advisory capacity to such agencies as the American Research Center in Egypt, the Indo-US Sub-commission on Education and Culture, the U.S. National Archives, the National Materials Advisory Board of the National Academy of Sciences, the European Commission Directorate on Environmental Research, and the Committee on Natural Disasters. Beginning with a Guggenheim Fellowship 1983-1984, I turned my attention to larger issues of preservation policy, in particular, the introduction of concepts of Risk Management to the conservation of cultural property. A major manifestation of that approach was the development of a Dahlem Conference on Rational Decision-Making in the Preservation of Cultural Property leading to the so titled Report edited with Prof. Rolf Snethlage.

When the United Nations established the United Nations Compensation Commission, I served as their expert evaluating the claims by Iran, Kuwait and Syria against the Republic of Iraq for damages to cultural properties caused by the ca. 600 oil fires set in Kuwait by Iraqi Forces. In 2014, I was invited to participate in the Seminar on the Protection of the Environment in Relation to Armed Conflict held at the United Nations under the auspices of the International Law Commission. These direct experiences have led me to offer a colloquium on The Preservation of Cultural Property in Times of Armed Conflict in the Fall 2016 Semester.

My strong belief in the importance of integrating research in my teaching, both graduate and undergraduate, has led me to incorporate direct experience in the preparation of risk management plans in my courses. Students develop such plans for exhibitions of contemporary art in New York Galleries and at such venues as the Whitney Biennial and MoMA’s P.S. 1. Outdoor sculpture in New York and architectural monuments have been subjected to assessments and reevaluations over the past 20 years.

As I approach the later phase of my academic career, I find that I am increasingly reflecting on the words carved in stone at the National Archives where for 30 years I served as Chairman of the Advisory Committee on Preservation, “The Past is Prologue.” Over the past 50 years, the discipline of conservation has matured. Analytical capacity, data storage and manipulation, visual examination, possibilities for replication as in 3D printing, have added great capabilities to the few tools available in the immediate post-war years. In parallel, artists and other creative communities have introduced the newest of materials and works of ever greater complexity, leading to great challenges, even to the very definition of conservation. My reflections on the challenges and possibilities of this new reality for conservation represent my personal prologue in reflection on my academic past. 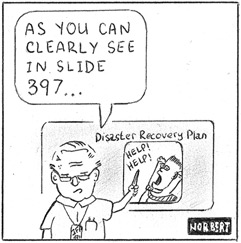