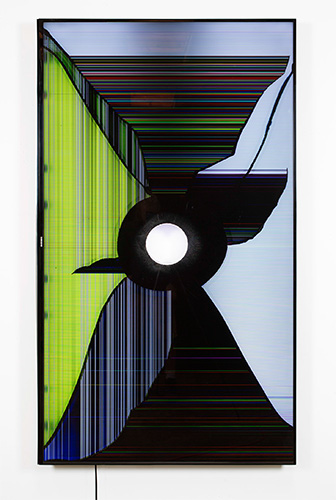 The Institute of Fine Arts showed the work of artist and writer Walead Beshty in the Fall of 2015. The show brought together works on paper and sculptural pieces by the artist.

The exhibition was accompanied by a series of public events.  A public opening reception took place on Wednesday, November 11, 2015. The following evening, Thursday, November 12, Beshty discussed his work and writings during a public conversation with art historian and curator, Johanna Burton. Finally, on Friday, December 4, the Institute hosted a panel discussion featuring art historians and critics in dialogue. The panel took Beshty's latest publication Ethics (Whitechapel Gallery / MIT Press, 2015) as a starting point to discuss the aesthetics of distribution and methodology of art history today.

The exhibition is organized by Rachel Heidenry with assistance from Eloise Maxwell.