The Institute of Fine Arts at New York University mourns the death of David O’Connor, Director Emeritus of Abydos Archaeology and Lila Acheson Wallace Professor Emeritus of Ancient Egyptian Art on October 1, 2022. He was 84 years old. 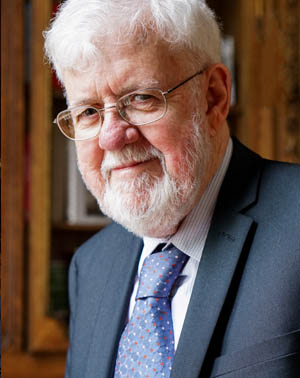 David O’Connor earned his BA in 1959 from the University of Sydney, where he studied Neolithic and Bronze Age Cyprus, a Diploma in Egyptology from University College London in 1962, and a PhD in 1969 from the University of Cambridge with a dissertation on the art and material culture of ancient Nubia (upstream from Egypt). His interest in Nubia, Egypt, and the Eastern Mediterranean allowed him to enlarge the traditional focus on Egypt to encompass Nubia’s distinctive non-literate cultural artefacts, often employing anthropological methods. His work led to more dynamic and complex models of cultural exchange in this region.

At the University of Pennsylvania, where he taught in the Department of Oriental Studies and served as Curator-in-Charge of the Egyptian Collection at the Penn Museum, O’Connor conducted research on both Nubia and Egypt, organized the Excavations at Abydos in Southern Egypt, and served as an inspiring teacher and mentor. He joined the faculty of the Institute of Fine Arts in 1995, where he enjoyed the impetus, driven by his students, to think more deeply about works of art and architecture. He retired in 2017. A selective list of his many publications includes Ancient Nubia: Egypt’s Rival in Africa (1993), and the edited volumes: Ancient Egyptian Kingship (with David P. Silverman, 1995); Ancient Egypt in Africa (with Andrew Reid, 2003); and Mysterious Lands: Encounters with Ancient Egypt (with Stephen Quirke, 2003). He authored a monograph on the earliest Egyptian settlement in Nubia, The Old Kingdom Town at Buhen (2014), and co-edited substantial books on Thutmosis III, Amenhotep III, and Ramesses III (with Eric Cline). He also published Abydos: Egypt’s First Pharaohs and the Cult of Osiris (2009). He was interested in a broad range of topics and artefacts, from the material culture of Nubia and Egypt, to their artistic works—including lesser studied royal palaces—to Egyptian concepts and practices of sexuality.

David O’Connor’s passing is a great loss to the greater community of archaeologists and scholars of Nubian and Egyptian antiquity, and to his many colleagues, students, and friends. We send our deepest condolences to his wife, Gülbün O’Connor, his daughters Aisha and Katie, and his numerous grandchildren.