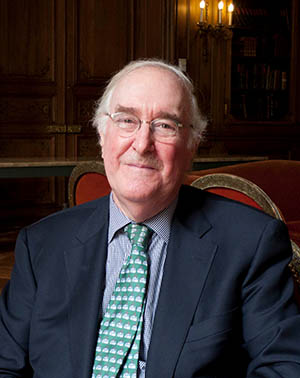 Jonathan Brown was a pioneering art historian who brought the study of both Spanish and Viceregal Mexican art to wide public and academic attention with his teaching, voluminous writing and exhibition curating, from the 1960s until the present decade. He died at home in Princeton, New Jersey on January 17, 2022. Jonathan Brown was the son of Jean (Levy) Brown and Leonard Brown, well known collectors of Dada, Surrealist, Fluxus, and especially Abstract Expressionist art. He was born in Springfield, Massachusetts on July 15, 1939. As an undergraduate at Dartmouth College, he became interested in Spanish language and literature. His love of Spanish art was fostered by classes at the Universidad Complutense in Madrid, where he attended New York University’s junior year in Spain program in 1958-59. Brown received his PhD in art history in 1964 from Princeton where he taught in the Department of Art and Archaeology from 1965 to 1973. Jonathan Brown and Sandra Backer were married in 1966. Their house in Princeton, New Jersey, has been the family home for many years. Jonathan was recruited by NYU to be Director (1973-78) of the Institute of Fine Arts, the university’s graduate center for the study of art history and fine arts conservation. He remained at the Institute until his retirement in 2017, serving as the Caroll and Milton Petrie Professor of Fine Arts. Brown instructed several generations of advanced students in his field, many of whom went on to have prestigious careers as academics, museum curators and directors. His fundamental books and exhibition catalogues on the greatest figures of Spain’s “Golden Age,” including El Greco, Diego Velázquez, Francisco de Zurbarán, Jusepe de Ribera and Bartolomé Esteban Murillo, among others, earned him praise at home and abroad. Brown’s 1991 survey The Golden Age of Painting in Spain (expanded in 1998 and published as Painting in Spain 1500-1700) remains the standard volume on the subject.

Brown’s art historical methodology, with its emphasis on such contextual issues as patronage, the demands of the art market, changing currents of spiritual belief, along with intellectual, political and social milieu in which artists lived and worked, offered new, often bold interpretations. His openness to both interdisciplinary approaches and scholarly collaboration is abundantly evident in the book A Palace for a King: The Buen Retiro and the Court of Philip IV, written with renowned British historian John Elliott and published first in 1980 with an expanded version in 2003.

In Spain, Brown was both a revered and a sometimes-controversial figure. His analyses of art, highlighting socio-political, economic and religious readings, were often at odds with the more traditional form of descriptive art history that was the rule in Spain until recent decades. Established Spanish scholars often questioned the value and importance of Brown’s ideas and expansive understanding of Spanish culture, but they held enormous appeal for a younger generation of scholars eager to turn their backs on the isolation imposed by the Franco regime. Many of them, including the current director of the Prado Museum, Miguel Falomir, found their way to New York to attend Brown’s seminars at the IFA. Brown’s numerous collaborations with Spanish museums, joint projects with Spanish colleagues, and the prestige of his writings (many of his books quickly appeared in Spanish editions) made him into an “art historical legend” in the country he knew and loved so well.

Among the themes closest to Brown was the phenomenon of collecting. His 1994 Andrew W. Mellon Lectures given at the National Gallery of Art (Washington D.C.) were published in 1995 as Kings and Connoisseurs: Collecting Art in Seventeenth Century Europe. This was also the subject of a 2002 exhibition at the Prado, organized in collaboration with Sir John Elliott. Brown’s passion for this subject led to the founding in 2007 (following Brown’s inspiration) of the Institute for the History of Collecting at The Frick Collection and the Frick Art Reference Library. Brown organized five exhibitions at the Frick, including the popular show “Goya’s Last Works” (with Susan Grace Galassi). His re-assessment of the final paintings and graphic work of this great eighteenth- and nineteenth-century artist mirrored the acuity that Brown had brought to his analysis of earlier Iberian master painters.

Beginning in 1994 Jonathan Brown’s attentions turned to the Spanish American world. An invitation to teach at the National Autonomous University in Mexico City provided the opportunity to examine firsthand masterpieces of what has been called “colonial art,” a mode of painting that Brown insisted on calling “Viceregal,” a term that has since gained considerable traction. His courses at the Institute of Fine Arts, his public lectures and his participation in a ground-breaking exhibition “Pintura de los reinos” (Painting in the Spanish Realms”), at the Prado and in Mexico City, attested to his new-found passion for Latin American art of the Early Modern era. In the spring of 2013, he curated the exhibition “Mexican Art at the Louvre: Masterpieces from the Seventeenth and Eighteenth Centuries.” 2015 saw the publication of Brown’s co-authored (with Luisa Elena Alcalá and other contributors) volume entitled Painting in Latin America, 1550-1829. His final publication attested to his wide-ranging interests within his first love, the art of Spain. No solo Velázquez (2020) was compiled by Estrella de Diego and Robert Lubar Messeri and contained an author’s prologue and nineteen Spanish language versions of Brown’s essays concerning painting, sculpture and architecture from the late Middle Ages to Picasso. In his introduction Brown stated that “My principal stimulus was the desire to reintegrate Spanish art within its European context.”

Jonathan Brown is survived by his wife Sandra, his children Claire, Michael and Daniel and their spouses David, Jamie and Sarah and his four grandchildren, Benjamin, Leo, Jake and Max.